Remember that we started this conversation in January with my Plan-Execute-Measure system – well, last week was the final week of execution. And I know that because my calendar has reminders. I spent last week reviewing the results and activities. This quarter was an exceedingly tough one where three family members had tremendous life-threatening challenges. So this is what happens when you have to prioritize quickly. Engagements had to shift – some things fell off the table, and some had to be postponed. It could be an excuse – but I would make the same choices again when people I deeply care about need help. So the results were disappointing, and there’s only one thing to do — reframe the objectives and keep moving in the direction of your goals. Count the wins, mourn the losses and remember tomorrow is a new day. 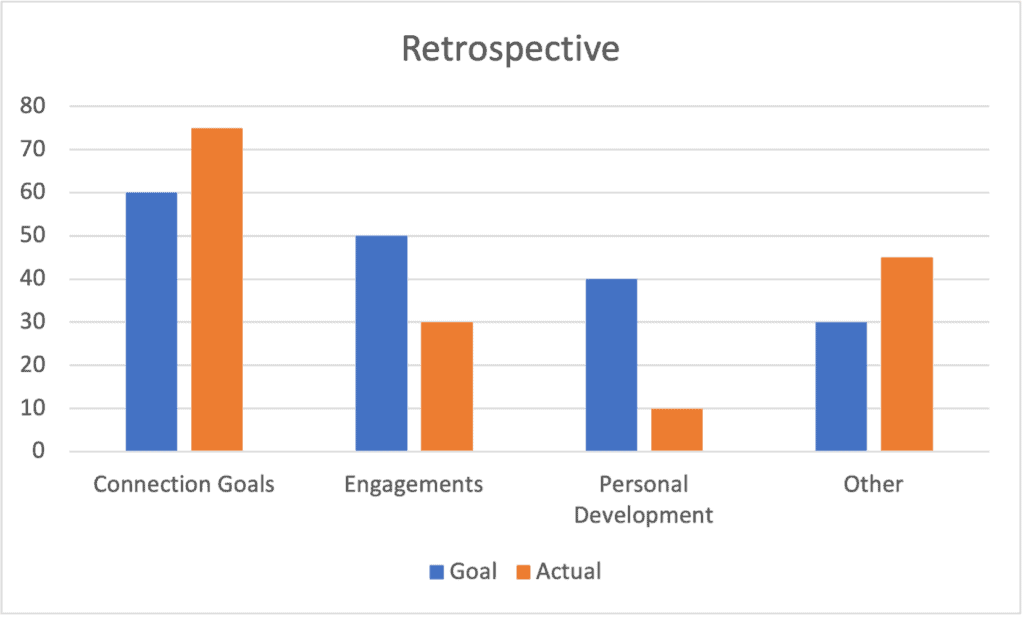 Frankly, I continued to push too hard to keep things moving during this time, and I drove my health a little too strong – sometimes that happens, and I had to stop pushing so hard. Here’s a tip: when a friend calls and says tell me the address, and I’ll send you food – say yes!

I don’t want to disclose the personal health history of someone else, so I’m being vague, I know. But as I was with this person and while they were in the hospital, a friend called and said let me send you food. At first, I said no – mostly because I didn’t want to impose on him. But he insisted, so I said OK, and when I tasted the food, I realized how hungry I was. When trauma happens, your brain focuses on what’s in front of it and excludes all other things. So I had forgotten how long it was since I had eaten, and oddly I didn’t feel the hunger. That meal was a wake-up call. From that point forward, I made sure to eat, sleep and get back to my meditation regularly, even if it didn’t feel like it.

So here are my takeaways.

Lesson one – don’t move forward until you review your results and measure them.
Lesson two – put everything in perspective and let your partners know what is happening.
Lesson three – say yes to help and learn to ask for it
Lesson four – reclaim your goals and start fresh.
Lesson five – move on – there are no failures. There are setbacks and challenges. So what. Keep moving forward. Someone is waiting to talk to you.

I’m spending the rest of the week of the 28th resetting and preparing for a fresh start on Monday, April 4th, and we’ll look back on the next PEM cycle in the last week of June.

It’s like sailing. You don’t do it in a straight line. You stay close to the “line of the wind” to head in the right direction. It’s not a straight line, and neither is your business progress. If you’re playing along – take the time to evaluate, measure, and reframe. You’ll get there by and large! Keep your goals tight, and don’t let too much daylight pass before you take the step back.